This topic really deserves it’s own essay, but for the sake of time I’m writing this as a follow-up to a very interesting post from late last year, Jonathan Stray argues that journalistic writing needs to change to embrace hypertext and networked information found on the web. The implication is that shorter articles with multiple inline links are better.

This argument may hold particular sway with Stray’s field of journalism, as news articles are necessarily short, and the context provided in the story itself is often inadequate or even misleading due to brevity. As Rouet and Levonen observed of newspaper articles in the 1996 book, “Hypertext and Cognition”, “…there is no absolute ordering of them [the summary pieces of information], nor is there any optimal level of detail at which to present them…” (10).

I can also appreciate the use of a blog post as mere aggregation and summary/commentary on one or more current events. Why restate the whole story if you can link to it’s parts? I can see this working well with simple stories or issues, but less so when a longer narrative or deeper exploration of a topic is needed.

A few other points:

First, paper/print isn’t necessarily nonlinear as suggested by “There is no where else the reader can go to look up an unfamiliar term, to check out a sub-plot, or to investigate the history.” Paper/print is merely decoupled from these sources (i.e. indices, glossaries, dictionary, encyclopedia, library reference, etc). I’m not the first to have pointed out the myth of paper as linear and thus constrained.

Second, I’ve noticed that implementing inline hypertexts may be a kind of power play by the author. When abused, inline hyperlinks can create the illusion of reliability, possibly mask bias, and create a mere surface representation of authority. I can hyperlink to a story which may be itself be biased, incorrect, or misleading. Readers, caught midstream in their reading, may or may not follow or critically examine those links, and indeed may even simply presume that a substantive source is available by mere presence of the hyperlink. Such inline links are often semantic, but that is usually at the mercy of the writer’s narrative. They don’t give the actual title of the article, nor the author (unless this happens to be part of the url, and the user previews this without clicking) as an endnote reference would. This is one way they can mask bias or misinformation.

From a cognitive point of view, inline links do trigger a decision in the reader midstream, which may not be useful to comprehension or attention. Without getting into the specifics here, this is part of Nicholas Carr’s concern, and though Stray dismisses him as a “curmudgeon”, Carr’s fears and warnings are based on real data.

Which is not to say that hyperlinks should not exist in online articles, but perhaps we should rethink how they are implemented. I write this as someone who has enjoyed writing with and reading inline hypertext in blog posts–it’s actually a habit for me that I haven’t taken the time to break–and so I certainly understand the attraction. But I’m increasingly curious about the impact of inline hyperlinks on our reading practices. Scott Rosenberg is right in pointing out that little, if any, research has been done using blog-link hypertexts with inline, semantic links. However, whereas Scott presumes this means they have no significant impact on cognitive load or information processing, I’m beginning to suspect the opposite. Indeed, I’ve become more convinced that though references in articles are important as a means of sourcing information and revealing the author’s influences, inline hyperlinks may be unnecessary and even undesirable. Except when offering a pingback (as I’ve done above), inline hyperlinks are probably expendable, as online readers now have robust search engines at their fingertips–often integrated with the browser–that can substitute for inline hypertext.

As far as I’ve seen (and I’ve read less than half of the articles on hypertext, reading, and cognition in my still-growing Mendeley list) the research that will reveal what readers do in real web ecologies hasn’t happened (yet)).

Yes, I wrote a book: 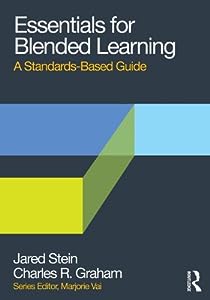